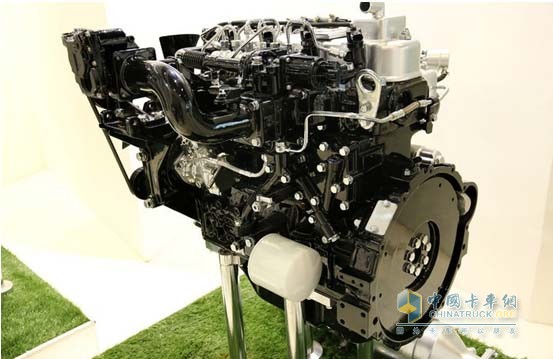 The popular SCR technology line is to use the aqueous solution of 32.5% high-purity urea to treat the nitrogen oxides in the exhaust gas. The PM pellets are first reduced to an emission limit of 0.02 by â€œin-house purificationâ€ (increasing injection pressure/optimizing combustion, etc.). Below g/kW.h, NOx will increase and then decrease the NOx to 2g/kW.h limit value through SCR.

The EGR technology route first reduces the NOx to below the emission limit of 2.0 g/kW.h through "in-house purification" (cooling EGR/increasing injection pressure/VGT, etc.), and then reduces PM particles to 0.02 g/kW.h through DPF. Within limits.

In the domestic market, almost all other similar products adopt the SCR technology route, and Xichai's Conway 4DW State V adopts the EGR+DPF program, in which the DPF system is divided into two parts before and after, namely the pre-DOC+ post-stage DPF.

DOC (diesel oxidation catalyst), the acronym for diesel oxidation catalysts, coats precious metal catalysts (such as Pt, Pd, etc.) on honeycomb ceramic carriers or metal honeycomb carriers to reduce hydrocarbons (Cn Hm) in diesel exhaust. The activation energy of chemical reactions such as soluble organic components (SOF) in carbon monoxide and particulates allows these substances to undergo oxidation reaction with oxygen in the exhaust gas at a relatively low temperature and convert them into carbon dioxide and water. At the same time, high temperatures are generated during regeneration, which promotes DPF regeneration.

What are the advantages and disadvantages of the two technical routes?

The SCR technology route, based on the four engines of the original country, can improve the SCR's working ability and meet the national five emission standards. The engine's main body does not substantially change. This feature makes SCR become the country's current five-phase mainstream technical route. The disadvantage is that urea needs to be consumed during the entire vehicle operation, and urea crystallization occurs when the exhaust gas temperature is low.

EGR + DPF technology route, the engine body changes greatly, increased electronically controlled throttle, EGR valve, EGR cooling system. Compared with the SCR technology line, no need to consume urea, to avoid the risk of crystallization, while reducing the cost of use; and basically do not need to use the maintenance later, only two or three times after the DPF postprocessor ash handling.

Xichai Conway 4DW has five engine displacements of 2.54L. Its exhaust temperature is relatively low compared to large displacement engines. If SCR technology is adopted, urea injection at relatively low temperatures is also required to meet emission standards. The small diameter of the exhaust pipe will lead to crystallization of urea during the entire vehicle operation. Therefore, the selection of EGR+DPF technology route is the fourth national road of Xichai 4DW.

Sand Making Machine used to produce artificial sand & plaster sand; sand manufactured by crushing,The sand making machine is specially designed for manufacturing artificial sand from the grit. It is a better utilization of the large size of rock materials and stones through rock on rock metal machine mechanism roughly as follows-
Sand and gravel aggregate play an important role in making up building materials like concrete, which makes the separation and screening process extremely necessary.
Sand making production line is also called sand and stone production line. And the sand production line is a kind of special equipment for producing construction sand and stone. The sand making machine for sale is often needed in many fields, and this processing line can meet the requirements of simultaneous production of stone and artificial sand.
The sand manufacturing plant can crush rock, sand, gravel and other materials into various size in accord with the requirement of construction sand. Sand made by sand production line has uniform size and high compression strength, and this kind of sand is much more in line with the construction requirements than the sand processed by the ordinary hammer Sand Crusher Machine.
Three Systems of Sand Plant Equipment:
sand plant mainly has three systems. Here is their basic information:
Firstly, the feeding system. The system send raw material to Sand Crusher and sand screening machine. According to crush and screen process, feeding equipment includes vibrating feeder and other types of feeding machines.
Secondly, the crushing system. The system is the heart of the whole set of sand processing equipment. The work of sand crushing plant system is to crush different varieties of ore raw materials into the required size of the finished product. A complete stone production line includes many crushers. These crushing machines have different functions, and complete the crushing operation together.
Thirdly, the screening and transporting system. The system screens the ore which are crushed by crushing machinery. In the compound sand and stone production line, sand and stone need to be separated, and the separated material needs to be transported to the respective site. The sand screening equipment used in this process is generally a Linear Vibrating Screen or other sand sieve machine.